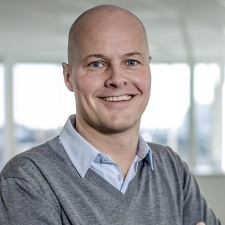 The Swedish digital entertainment company splashed out $100 million on InnoGames last week. The deal could rise to $143 million should the firm take up the option to buy a further 16% of the developer to get a majority 51% stake.

He then suggested further investments are afoot and that the company is on the hunt for companies with track records in IP development.

“Gaming will make out a third digital entertainment vertical for us besides our eSports and multi-platform network (MPN) business, and we plan to continue investing in all these areas,” said Benninghoff.

“We are looking for companies with clear track records in IP development that have translated into high revenue growth and a healthy profitability profile over time. We also look for an entrepreneurial spirit and companies with a true passion in what they do, which is exactly what we’ve found in InnoGames.”

As well as owning a stake in InnoGames, MTG has invested in companies such as Turtle Entertainment (ESL) and DreamHack.