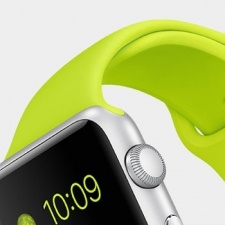 This is according to market intelligence firm International Data Corporation, which has released its estimates for the global sales of smartwatches between July 1st and September 30th.

Shipments of smartwatches around the world had reached around 5.6 million in Q3 2015, but have fallen markedly since then.

Garmin saw the greatest increase, taking 20.5% of the market share from just 600,000 units shipped. This is an increase of 324.2% year-on-year according to IDC.

Samsung shipped the third most smartwatches at 400,000 units. Lenovo and Pebble took the fourth and fifth slots with just 100,000 units apiece.

These numbers could be set to change in the future as the new range of Apple Watches, including a relaunch of the original Apple Watch, gain traction and become more widely available.