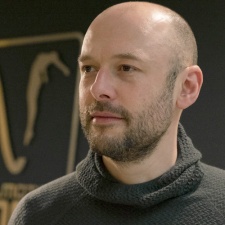 At Pocket Gamer Connects London 2017, Julian Widdows, General Manager of CSR Racing 2 at NaturalMotion Games, looked back on CSR Racing 2and its development.

He started by looking back on the original CSR Racing, saying that NaturalMotion wanted to build on Boss Alien's original concept, but focus the game on giving players the chance to own their dream roster of cars.

"We wanted the game to be about pure care comparison," said Widdows, pointing to a target audience of Top Gear and The Grand Tour fans who are interested in this level of detail.

The team started by identifying the core "DNA" of the game – a loop of racing, winning, and upgrading cars, but with extra features to retain players.

But NaturalMotion wanted to go further than it just being a "game" - they wanted to make it almost like collecting models cars that are fully interactive.

"We wanted to create a digital expression of that hobby", said Widdows.

As for what makes them British, Widdows spoke about establishing a strong company culture that retains staff because they love their jobs, as well as hiring a multi-cultural staff.