"The reason people are loyal to the game, to the brand and to NaturalMotion is that we continue to support that player base throughout the year" 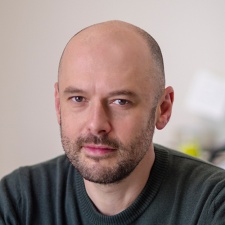 Hot off the back of two and a half years of success during which time it racked up 73 million installs, Zynga and NaturalMotion’s drag racing title CSR Racing 2 is now getting its biggest update yet: Legends.

The free update packs in 16 ‘legendary vehicles’ from the McLaren F1, Lamborghini Countach, Saleen S7 Twin Turbo and Pontiac GTO; cars made famous during the 1960s to late 2000s.

Players will get to race these cars, while also getting to restore these old vehicles back into shape and customise them.

Zynga claims the title has been a top grossing racing game in over 120 countries, including the USA.

It’s a moment that NaturalMotion has spent a long time building up to. More than 18 months, in fact.

When CSR Racing 2 first launched in June 2016 - four years after the original from Boss Alien (acquired by NaturalMotion) - the first six months was spent focused on early live operations.

As the mobile market has evolved, this kind of games-as-a-service mantra has become widely adopted as developers look to make their games last for years. And CSR Racing 2 was built with this in mind.

After this period, when the studio was ready to start looking further ahead, the team came back to an idea it had wanted to explore - bringing classic cars into the experience.

NaturalMotion has dived back into the past previously with CSR Classics, a mobile game launched in October 2013 separate from the original CSR. Much like the Legends update, it too dealt with racing vintage vehicles and letting players restore cars to their former glory.

We thought, wouldn't it be a bold statement to do the expression of classic cars inside CSR Racing 2, rather than outside of it?

But this time it had a vision to include the substantive features within the main game: CSR Racing 2.

“We challenged ourselves and said well hang on a second, the way we've approached CSR Racing 2 is so different to the way we approached the original game from a service perspective,” CSR Racing 2 VP Julian Widdows tells PocketGamer.biz.

“We've got all these great updates coming to market, so we thought, wouldn't it be a bold statement to do the expression of classic cars inside CSR Racing 2, rather than outside of it? To keep the audience together and yet allow that community that loves those classic cars, loves legendary cars, to experience it for the first time in CSR Racing 2, rather than a separate app.

“So that's what we set out to do and that was a huge decision because it's a big update. “

After running the CSR games for six years now, Zynga, NaturalMotion and Boss Alien have built up a string of relationships with over 40 manufacturers. This means that getting licences for such famous vehicles was relatively straightforward.

Capturing the cars in perfect detail and replicating them in the game, however, was not so straightforward.

One NaturalMotion team member flew 15,000 miles, drove 2,500 miles and took 60,000 photos to gather references for the classic cars the studio hoped to feature in the update. These are required to provide a reference point for artists to design the cars and for the team to replicate them as close as possible in-game.

While McLaren rolled out the F1 at its technology centre in Woking, Surrey to enable photography, other cars weren’t so easy to find.

“At the other end of the scale, Peter had to drive down a dirt track in Devon trying to find the nearest Honda NSX-R we could find,” says Widdows. “He had to deal with a car that was trapped 30 feet in the air on a broken car lift trying to do a photo shoot.”

He adds: “One of our friends has got a Mercedes-Benz 300 SL in a storage unit and the curator managed to break the key in the lock, which made it very difficult to get a photo reference.

“There are lots of really great stories as he was going out trying to capture all these classic cars we wanted in the game.”

It’s been a long journey to get here - what for some studios could be the time it takes to develop an entire new mobile game.

One of our friends has got a Mercedes-Benz 300 SL in a storage unit and the curator managed to break the key in the lock, which made it very difficult to get a photo reference.

Widdows says the timing of the release is down to a number of factors, namely the production time such a big update entails and then finding the right moment to launch. In this case, the update is rolling out in time for Thanksgiving in the US.

“It's a time when people love playing games, getting together and enjoying content,” says Widdows.

“And so for a social game like ours, which gives people things to do with their crews and on their own, it felt like a really good opportunity to get the game to market.”

While Zynga and NaturalMotion are keen to shout about the Legends features, it’s far from the first update for CSR Racing 2. The team currently releases new content around every six weeks and regularly holds seasonal events around Halloween, Thanksgiving, etcetera.

It’s an important part of maintaining the game’s popularity over the long-term - to be that ‘forever franchise’ Zynga wants CSR to be.

“The reality is what we operate is a live service,” explains Widdows.

"It is a game, obviously, but also a long-term commitment to our players. The reason people are loyal to the game, to the brand and to NaturalMotion is that we continue to support that player base throughout the year.

Over the last two and a half years since CSR Racing 2’s release, Widdows says the NaturalMotion team has learned a lot.

Describing it as a “learning environment”, Widdows says the studio is able to learn lessons from the data it monitors and how the players feel about the game and updates, whether through surveys or direct dialogue with them.

“There’s one lesson that I think is at the forefront of what we do,” states Widdows.

“I suppose over the last two and a half years it's really become actually our mantra, it's you always put your players' needs first. Categorically.

“They are everything, they are the lifeblood of what we do. A player-centric organisation that uses data but actually puts the needs of our players first is always the one that is going to succeed.”

Update: This article has been updated with stats relating to downloads, grossing performance and number of OEM partnerships.

How to get a job at UK super developer NaturalMotion