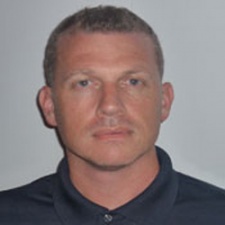 "Compared to several years ago where advertising was seen as the dark side and the last resort, while IAPs were the holy grail, we're seeing that more and more clients are approaching us accepting of this concept," he says.

But despite this, there are still concerns on the part of mobile game publishers when it comes to implementing video ads - and specifically, rewarded video ads.

One of the most common questions, Last reports, is "will rewarded videos have a negative impact on IAP?"

"The answer I usually give is absolutely not."

For starters, he reminds the assembled crowd that IAPs only capture, on average, 2% of a game's players. Video ads can monetise the other 98%.

Furthermore, increasingly sophisticated analytics mean that the presentation of rewarded video ads can be tailored depending on the user in question.

"It's very important to identify who the paying users and potential payers are, and with analytics tools we can now do that," last explains.

"[But] I would switch the question to: how can I make sure that rewarded videos can actually benefit my IAP?"

Indeed, he goes on to liken the process of getting currency or in-game items through a rewarded video ad to a "try before you buy" model, as popularised in the casual PC space a few years ago.

Another common concern Last identifies is that players will leave one game in favour of another that was advertised within it.

"When you recommend other games in your game, there is a risk that they will leave your game to play another," he admits. "It's a case of risk/reward."

The risk is lessened when displaying ads for non-gaming apps - "there is very little chance that someone who downloads the Uber app will leave your game" - but then so too is the reward.

Rewarded videos: Not only a games’ game