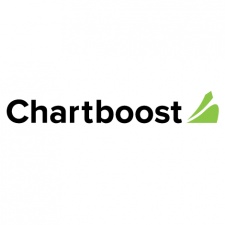 Mobile ad platform Chartboost has doubled down on its commitment to interactive ads with the launch of its new Playables campaigns.

The ads will allow players to sample a small portion of a game directly within another app. The ads are designed to load quickly and allow users to exit at any time rather than forcing them to reach a certain point in the ad.

The ads have already shown a 123% increase in conversions over static ads and a 26.7% increase in D7 retention for the games across all genres.

One case study using developer Product Madness saw an overall increase of 70% in conversion rates for its advertised game over static ads.

"We want the first experience someone has with a Product Madness game to be instantly engaging and fun. This can be a challenge with static or video – it's a passive experience," said Patrick Witham, Director of UA at Product Madness.

"Now with Chartboost's interactive playable ads, the player gets a taste in under 20 seconds so when they install we already know that they're engaged."

Chartboost's Playables are still in beta at present. Developers interested in using the ads for their games can contact Chartboost to work on releasing a Playables campaign.

Reply
Argon Miers
Playable ads (like what Chartboost is doing), reward based ads (lots of ad platforms are doing this well), VR ads (from VirtualSKY), and Abstract Banners (from Airpush) are among the few general and specific mobile ad types and tactics that are going to shine even amid great turmoil and shakeups across the mobile ad landscape today. Good stuff, Chartboost!
Posted 4 years, 5 months ago