Still life in Gameloft's racer as it approaches fourth birthday 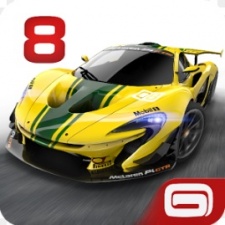 Launched in August 2013, the game is approaching its fourth birthday. It is available on iOS, Android, Windows Phone and through the Windows Store for PC.

"We learnt what it means to have a huge audience with Asphalt 8," Gameloft's Senior Senior Game Producer Ignacio Marin told PocketGamer.biz in an interview on the game's life so far.

"It was the first time for this team making a game for such a large, dedicated audience.

"We also never expected to have a game with such longevity, which motivated us to create new and ambitious features."

Last of its kind?

On top of the 300 million downloads milestone, Marin also revealed that over 3.5 billion hours have been spent playing the game, with 30 billion races played.

Despite its age, Asphalt 8: Airborne is still the most recent Gameloft title to feature traditional racing with the player given full control over their vehicle.

The currently soft-launched Asphalt Street Storm is to be the next in the series, taking a CSR Racing-style drag racing approach instead.