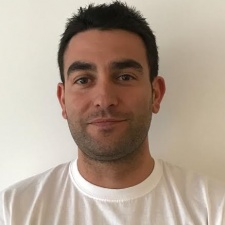 PocketGamer.biz: With Asphalt 8: Airborne now close to four years old, how do you reflect on its performance - from launch to the mature title it is now?

Ignacio Marin: Asphalt 8 has been, and remains, a beast in terms of performance. We expected the game to be successful, but it clearly went above our wildest expectations!

We are really proud that Asphalt 8 is now a living and evolving entity.

Over time, Asphalt 8 has become a service that anyone can play, and we are really proud that the game is now a living and evolving entity.

The game keeps amazing us with encouraging figures year over year.

As you point out, Asphalt 8 is a very mature game right now that players can enjoy to a bigger extent compared to when it launched, and this is driving the game to a very healthy stage.

How important do you consider customer support and updates to be? Is creating new content made harder by the still-impressive 3D visuals?

Customer support is key in order to provide the smoothest experience possible to our players. However, it remains quite a complex task for mobile developers.

With the abundance of devices and OS, and with such a big community, it’s a domain we are being challenged with every day.

Creating new content for a game like this is a huge challenge given the visuals, and making the game look stunning is only part of this task.

Other considerations like keeping it under 2GB and making each update run on an astronomical number of devices are imperative.

Our community usually appreciates the significant updates when new content or functionalities come along. Otherwise, it would mean the game would get stale.

For example, one of our latest updates introducing for the first time a McLaren race car, has been unanimously praised by the community.

They appreciated the fact we integrated a new type of car and designed an in-game championship, similar to the real one.

Moreover, a lot of the content is actually player-driven as we keep a close eye on players’ feedback and suggestions.

How have you gone about ensuring that Asphalt 8 maintains a sizeable and active player base long after its launch?

We’ve been trying to keep a high update rhythm, delivering relevant content to our players regularly, update after update.

A good update plan, together with a thrilling live operations schedule, is key.

Making them aware the game is delivering new experiences to them every single day in the form of new cars, new tracks, events or rewards.

A good update plan, together with a thrilling live operations schedule, is key to ensuring their interest doesn’t fade out the first day after update launch.

We not only have a large player base, but a very loyal and supportive one as well!

We recently reached 300 million downloads, which was a huge milestone for us. On top of that, some other stats that we’re very proud of:

What lessons have you learned/are you still learning from Asphalt 8? Is there anything about the game that, in hindsight, you'd now handle differently?

We learnt what it means to have a huge audience with Asphalt 8. It was the first time for this team we made a game for such a large dedicated audience.

We also never expected to have a game with such longevity, which motivated us to create new and ambitious features: car masteries, special time limited events, a completely revamped multiplayer meta, etc.

The beauty of the F2P format is you never really close the door on features or content; you can always come back to it and improve it.

When we launched in 2013, we never expected so many players would still be enjoying it in 2017.

We are humbled by the power a loyal and dedicated community can have in the mobile space.

There are always things you’d like to do differently, but the great thing with a game like this is that you actually can - in new updates.

Update after update we keep fixing, balancing and refining based on players feedback. This is the beauty of the F2P format - you never really close the door on features or content; you can always come back to it and improve it.

We have a lot of new features coming out in 2017 that we’re super excited about.

One huge update that should surprise the fans and please newcomers alike is just around the corner - check the store this summer!