We speak to Gameloft game manager Jennifer Gale regarding the anniversary. 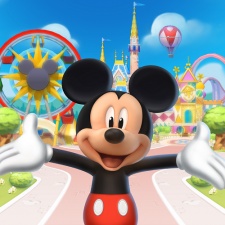 In this entry of our Live and Kicking series, we spoke with Gameloft game manager Jennifer Gale regarding the four-year anniversary of Disney Magic Kingdoms.

PocketGamer.biz: With Disney Magic Kingdoms now more than four years old, how do you reflect on its performance - from launch to the mature title it is now?

Jennifer Gale: I remember when we launched. The game was good, but we knew it was missing some key elements to make it a really engaging game, one that the players would want to come back to again and again.

By our second update, we managed to get our event structure in and then the sky was the limit. We continued to add new features and the players were happy. Our objective was new content every update. We started with 25 characters from a handful of Disney properties, now we have over 250 characters and 40 different Disney, Pixar and Star Wars movies represented in the game.

We have a lot of players who have been playing since day one who still login daily, and we get the best suggestions from them.

We have a lot of players who have been playing since day one who still login daily, and we get the best suggestions from them. It’s so awesome to watch what the community has grown into, from those early days to the massive Disney game it is today. It really does feel like one of a kind.

Our team handling the updates to the game is quite large – it takes a lot to make the magic of Disney come to life! We have a 60-person core team in the studio, as well as dozens of others supporting them, everything from porting to testing to customer care.

Bringing new content is at the core of what we do. We release new updates every five to six weeks. Each update is focused on a new Disney property, or additions to some of the popular ones we’ve done before. Some of these updates come with big events, and it cannot be understated, we like big events. Our players like big events.

We love being able to provide new content in a way that really engages our fans, that develops the story for the characters across the event, building on the wonderfully unique and creative backstories that Disney has created.

We try to keep the game fresh by adding new features to the game with the updates as well. There have been some big ones, like the addition of Events and our Building Enchantments, and smaller things that just make the game more fun to play, like our Visiting Home feature, where players can send characters to “go home” and still generate currency even though they aren’t outperforming activities.

Customer support is extremely important for any game, and Disney Magic Kingdoms is no different. There is a front-line customer care department who answer the players directly and help them work through more simple issues. We have dedicated people within the core team addressing bigger issues. Bugs are escalated to the game team to fix.

Our community manager is checking the social channels daily, along with the help of her moderators. We try and provide as much information as we can to players outside the game to help them make their in-game experience better.

What steps have you taken to ensure that Disney Magic Kingdoms maintains a sizeable and active player base all this time after its launch?

We start with the stories. Who doesn’t love a good story? By telling a great story, we keep fans engaged, and bring in new players to share the story with. The events allow us to keep adding new plots to the game, bringing the players’ favourite characters to them in a whole new light.

We have also built a strong community of fans, who are wonderful ambassadors for us. We are constantly reviewing player feedback, looking for new ideas and keeping a good eye on the mobile games ecosystem to try and pinpoint what players are really looking for so we can provide them with those optimisations and pieces of content.

How does the team treat every individual IP implemented into the game, such as Star Wars now being available?

We take the utmost care in bringing new stories, characters and worlds to our game. Our team are huge fans themselves. We watch the movies over and over again to make sure we get the tone of the characters and the animations right.

I think the biggest achievement may be that we’ve been on the market for over four years, and it grows stronger each update with no signs of slowing down.

Star Wars is a great addition to Disney Magic Kingdoms, and the team has done a phenomenal job at seamlessly integrating characters and locations, working closely with Disney and Lucasfilm to bring the Star Wars galaxy to life through our unique lens. I think ultimately, it’s the passion the team brings that allows us to do this over and over again with each of the new fictional universes we implement in the game.

What property would you like to see appear in the game next?

One of my favourite movies from when I was young has yet to make it to Disney Magic Kingdoms – Robin Hood. I love the idea that “love conquers all”, and how it’s shown throughout the movie. I think I can provide a spoiler that it’s not going to be our next property, but who knows what the future may hold!

To what do you attribute Disney Magic Kingdoms consistently impressive grossing performance, and how do you sustain it?

We’re always listening to our players, making sure we understand their desires and issues. But again, I believe it’s the stories we tell and the new ways we bring interacting with the magic of Disney to the game that keeps players coming back.

What would you consider Disney Magic Kingdoms biggest achievement in its four-year lifespan?

Oh, that’s a tough one. We have had some big milestones. One is securing over a hundred million downloads. Another is introducing over 250 characters. We’ve managed to sync up with the new Disney and Pixar movies as they release.

We’ve even successfully expanded the Disney Magic Kingdoms universe to include Star Wars. I think the biggest achievement may be that we’ve been on the market for over four years, and it grows stronger each update with no signs of slowing down.

What lessons have you learned/are you still learning from Disney Magic Kingdoms? Is there anything about the game that, in hindsight, you'd now handle differently?

While we have learned a lot on the technical side over the years, I think the most interesting thing we’ve learned is just how dedicated our fans are. It’s really inspiring to see how the players interact with what we’ve created. They share screenshots of their favourite animations and dialogue, videos of the characters interacting, and tips and tricks to get the most out of the layouts in the park. I find this very interesting since this is something we do during the development process within the team too.

As for things we’d handle differently? I think that had this been 10 years ago, and we weren’t able to provide regular updates, there would be more for me to say here. But we’re in a very fortunate place where we provide the best product we can with the current information we have, and we’re able to adjust the game as the parameters change. This doesn’t just include bug fixes, but we’re also able to provide new content based on what’s happening in the world.

We’re able to get new movie content in. We’re able to celebrate seasonal events. And we’re able to provide new content and features based on what our community tells us about what they want next. It’s really “A Whole New World”, allowing us to move with the ebbs and flows of the ever-changing entertainment ecosystem.

Finally, how has your experience with Disney Magic Kingdoms informed where you are/what you're working on now?

We say we are “The Most Magical Place on Mobile”. To be true to that, we’re currently exploring new ways to better allow players access to that magic - adding new challenges and content, and fine-tuning the experience so that it puts a smile on everyone’s face.

We have learned a lot from our fans throughout our lifecycle, and we continue to listen to them to find out what makes them truly happy so they can enjoy the magical moments at any time, in any place, every day.

Reply
Steve Smith
The game is great . I hope they continue to listen to the plays feedback. A recent update has angered a very large group of players. They have taken away the access to a great number of the characters that people have worked hard for and paid for. It has ruined the game for a lot of people. It is probably the largest outage the game has had since starting. I am looking forward to see how the game makers listen to the fans and how they fix this issue.
Posted 1 year, 6 months ago

Reply
Azlan Meher web blogger at Proscrack
Thanks for sharing such an amazing blog you did an excellent job dear.
https://proscrack.co/hide-my-ip-license-key/
Posted 1 year, 7 months ago