Liveops with a small team 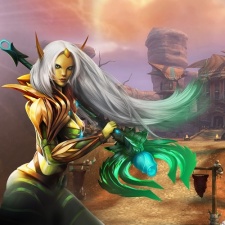 Long gone are the days of developing and publishing a game without the need to tweak, adjust and support it years after launch.

That leads us to our regular Live and Kicking series.

This week we spoke to Gameloft game producer Roman Tkachuk and product marketing manager Margaryta Myronenko, ahead of the six-year anniversary of Order & Chaos 2: Redemption to discuss how to sustain an MMORPG audience in the long-term.

PocketGamer.biz: With Order & Chaos 2: Redemption approaching 6 years live, how do you reflect on its performance?

Roman: Despite its advanced age, Order & Chaos 2 is still popular and recognisable among players, especially among fans of classic MMORPGs and mobile MMOs.

It’s really hard to reflect how age has affected the performance of the game, but we can say with certainty that our servers contain the whole world of Haradon with its players so they can enjoy the experience of the original mobile fantasy MMORPG.

How big is the team currently handling live ops on Order & Chaos 2: Redemption?

Roman: The game is currently supported by a small team that includes a concept artist who creates concepts of game items, a 3D artist who’s on duty for modelling based on the 2D concept, an animator who adds the animations and life to the items, and a game designer who comes up with new gameplay ideas and adds these items to the game.

There’s also a programmer in the team who makes sure the new content is not buggy and a LiveOps specialist who runs festivals, events and various promotions.

How important do you consider customer support and updates to be?

Margaryta: I find customer care and proper support extremely important. Something is not working properly after the update? The game is crashing on certain devices? Or maybe the account was banned and you have no idea why?

I find it necessary to have a person who you can talk to when you are experiencing any issues with the game.

Anything you want to share and know for certain that your idea will be forwarded straight to the game team? You always reach out to the community manager and customer care team, since it’s the first and one of the most important ways to solve issues and mediate between the development team and the community.

As a big fan of MMORPG games myself, I find it necessary to have a person who you can talk to when you are experiencing any issues with the game, have suggestions for improvements and ideas, and know that this person will take care of everything you shared with them.

What steps have you taken to ensure that Order & Chaos 2: Redemption maintains an active player base?

Roman: It’s mainly the constant creation and integration of new content and regular game festivals, events and activities to entertain and engage players.

Margaryta: Do not underestimate the importance of nurturing the brand name and the fame of the franchise - back in the day almost nothing was comparable to the multifaceted world and possibilities of Order & Chaos 2 when speaking about mobile MMORPGs.

We always aim to sustain and maintain the popularity of one of Gameloft’s most famous franchises. It’s crucial to stay on track, think out-of-the-box and find new options to entertain and engage players, listen to their feedback and carefully analyse it, and of course, keep an eye on what our respectable competitors are doing.

What can you tell us about KPIs such as downloads, DAUs, or retention?

Margaryta: The number of downloads from the game’s release in 2015 to now has reached more than 17 million players!

Every month more than 30,000 new players install the game and immerse themselves in the world of Order & Chaos 2.

What lessons are you still learning from Order & Chaos 2: Redemption?

One of the most important lessons is that there's never enough new content.

Roman: One of the most important lessons is that there's never enough new content. Despite the huge amount of game items (pets, armours, weapons, potions - you name it) players always appreciate new things to explore.

Margaryta: Do not be intimidated by hardcore players who sometimes literally know as much about the game as game designers.

Most of them are great and dedicated people who are always willing to help, share lots of tips and fun stories and play with you - not against you.

Finally, how has your experience with Order & Chaos 2: Redemption informed what you're working on now?

Roman: For me, work with Order & Chaos 2 emphasised the importance of long-term planning and maintaining a steady pace of development.

Margaryta: And for me, it was the thorough understanding of how hard and yet rewarding the work with the community of such a big game can be.