Commits to decarbonation across operations 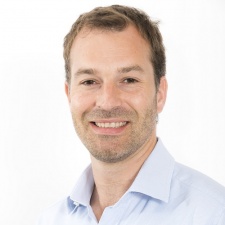 Mobile games outfit Gameloft has revealed that it is joining the Playing for the Planet Alliance Initiative.

Gameloft's participation aligns it with other leading games studios including Supercell, Sony, Microsoft, and Ubisoft. Each affiliated company works towards the commitments of the initiative, including green "nudges" in games, carbon footprint reductions, and more.

As part of its commitment, Gameloft has agreed to participate in the Green Gam Jam 2022 to place "green activations in play" and commit to contribute to decarbonation across all of its business operations.

"We see the world as our playground, and as a leader in the gaming industry, we need, should and want to make a difference through our games and practices to take action on the climate crisis," said Gameloft COO Baudouin Corman.

"To be at the forefront of such initiatives in the gaming industry, it seems essential for us to join Playing for the Planet Alliance and to take an active part in the discussions and actions within the Alliance to foster a better world."

Last week, Chinese tech conglomerate Tencent vowed carbon neutrality across all of its operations by 2030, including using green energy for 100 per cent of its electricity consumption.