Blackbox, Mushroom 11 and Severed among the winners 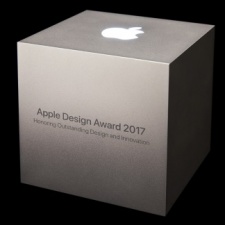 This is out of a total of 12 apps honoured with Apple's yearly award for best-in-class design on its platforms, showing yet again the Cupertino firm's keenness to celebrate innovative games.

The games that received an Apple Design Award were:

Independently-developed games have always been well represented at the awards, with previous winners including Monument Valley, DEVICE 6 and Threes.

More recently, Apple has given indie games their own section on the App Store, and is set to introduce a whole new tab for games when the App Store is overhauled as part of iOS 11.

You can see the full list of Apple Design Award winners for 2017 here.