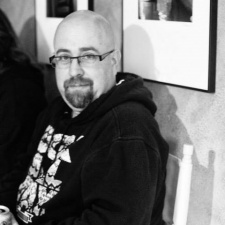 David Nixon is the CEO of MGD. He is a 30+ year industry veteran with experience in game design, project management, strategic operations, publishing, portfolio management, and live ops.

He was one of the founding team members for Real Arcade, and helped establish the Casual Games industry heading Global Publishing for Real Arcade and then Oberon Media.

He recently served as Principal Product Manager and then VP of Publishing for Wooga GmbH, and Chief Operations Officer for Lockwood Publishing.

Wooga has promoted its Principal Product Manager David Nixon to VP of Publishing to oversee the publishing of the company's entire portfolio.

He will be in charge of Wooga's performance marketing, product marketing, community management, ad monetisation, and customer care teams. His main focus will be to better integrate the company's marketing into its development process.

Nixon joined Wooga back in October 2014 as its Principal Product Manager, overseeing a number of game releases and helping to grow hidden-object game Pearl's Peril. Prior to Wooga he held roles at JoyRocks, Gamesauce Media, and Oberon Media.

"There is a lot of talent here and Wooga's products and capabilities are some of the most undervalued in the industry. I can't wait to help Wooga bring their wonderful IPs to unsuspecting casual gamers everywhere."

This is Wooga's second major internal promotion so far in 2017. In March, the studio promoted Head of Finance Hermione McKee to Chief Financial Officer.