First time the Chancellor has opened the event 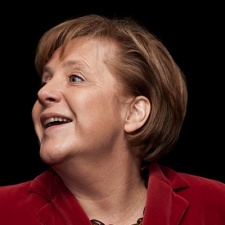 The Chancellor's involvement is a positive recognition of the games industry both in Germany and as a whole. While other creative industries will often have vocal support of local governments, it is rare for a country's leader to express any recognition of video games.

"The participation of the Chancellor is a sign of great appreciation for us", says Gerald Böse, President and Chief Executive Officer of Koelnmesse GmbH, the organiser of Gamescom.

"With her visit she honours the development of Gamescom into one of the most successful and largest events in the German trade fair system. Gamescom is today the world's largest event for computer and video games.

"She emphasises the position of Koelnmesse as one of the leading trade fair organisers worldwide in the digital media and entertainment segment."

As well as 345,000 attendees, the city of Cologne saw 500,000 visitors due to Gamescom's presence in 2016 thanks to other events held throughout the city. 877 exhibitors showed off their games, with over 100 mobile developers showcasing their products.