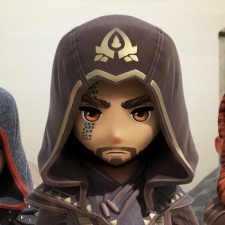 Behaviour has experience bringing established console franchises to mobile, having previously teamed up with Bethesda for Fallout Shelter.

Assassin's Creed Rebellion seems set to feature some kind of base-building element, with the aim being to expand a fortress while managing a roster of more than 40 assassins.

No gameplay has been shown as yet, but a teaser shows that the game's art style is less rooted in realism than its console stablemates with stylised, toy-like characters.

The game is said to be launching globally soon.

How does Assassin’s Creed: Rebellion monetise?