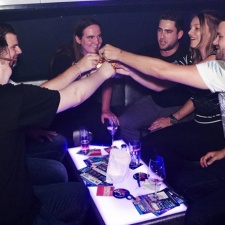 Gamescom, Respawn and the newly branded Devcom series of B2B events will take place from August 20th to 26th.

It’s a packed schedule, so while you may be busy with those all important meetings and attending interesting talks, you might want to grab a few hours down-time (which we’ll call ‘after-hours networking’).

The best parties in town

To get you the lowdown on all the parties and networking opportunities in Cologne during the week, PocketGamer.biz has put together a list of the go-to Gamescom shindigs.

Of course we’re biased, so we reckon you should head to our very own events:

But there’s plenty of other places to party and get your networking on at.

When: 8pm to 1am
Where: Gilden im Zims, Heumarkt 77, 50667, Köln
How: Eventbrite
Cost: Free
More info: Reception for speakers and attendees at Devcom. No open bar.

When: 8pm to 2am
Where: Bootshaus, Auenweg 173, 51063 Cologne
How: Accessible to all Devcom registrants. More details here.
Cost: Free
More info: The official devcom party, which is powered by InnoGames, welcomes you at the Techno-Club Bootshaus!

When: 5pm to 7:30pm
Where: Hyatt Regency Cologne Hotel, Kennedy-Ufer 2A, 50679, Cologne
How: Eventbrite
Cost: Free
More info: The Big Indie Pitch is returning to Gamescom. So, come join us for networking and pitching, as we once again put the spotlight on some of the world's best indie developers. Even if you’re not pitching, come down to check out the games, grab a drink and get networking.

When: 5pm to 7:30pm
Where: Hyatt Regency Cologne Hotel, Kennedy-Ufer 2A, 50679, Cologne
How: Eventbrite
Cost: Free
More info: Our globe-trotting indie developer competition is entering the PC space, and where better to launch The PC Indie Pitch, than at Europe's largest gaming event. Even if you’re not pitching, come down to check out the games, grab a drink and get networking.

When: 7:30pm to 11pm
Where: Hyatt Regency Cologne Hotel, Kennedy-Ufer 2A, 50679, Cologne
How: Eventbrite
Cost: Free
More info: In case you haven’t been to one before, our mobile mixer is the perfect networking event to end a busy day at a show. With an entertaining panel curated by our sponsors G-STAR, featuring big name industry figures, opportunities to chat with people from across the industry and free drinks galore, you’re bound to have a good time (and maybe do some business too!).

When: 5pm to 7pm
Where: Joe Champs Deutz, Constantinstraße 96, 50679, Köln
How: Eventbrite
Cost: Free
More info: Epic Games will be hosting a Gamescom Unreal Engine mixer at Joe Champs Deutz, just outside the conference venue. Join in for drinks and networking

When: 7pm to 11pm
Where: Landebrücke (Docking Station) Nr. 3 am Kölner Altstadtufer / Frankenwerft
How: Sign up here
Cost: Free
More info: The boat party is a place where people from tech and gaming industries connect with top publishers, game developers, producers, and journalists from Gamescom. Spots are limited as our boat can carry only 300 people.

When: 7pm
Where: Wartesaal am Dom, Johannisstraße 11, 50668 Köln, Germany
How: Click here
Cost: Free
More info: Free entry, free drinks, a DJ and cosplay. This event will be open to all Gamescom attendees.

When: 8pm
Where: Biergarten am Aachener Weiher
How: Just turn up! More details here.
Cost: Free
More info: It’ll be in a garden – and there’ll beer. And Nordic people – a lot of them.

When: 8pm to 10pm
Where: CaféBar, die wohngemeinschaft, Richard-Wagner-Straße 39, 50674, Köln
How: Eventbrite
Cost: Free
More info: Meet and mingle with the Lumberyard, Amazon Game Studios, and AWS teams - a great opportunity for industry networking or for just relaxing after a long day on the showroom floor.

When: 6pm to 5am
Where: TaKe's Gaming Bar, Alte Linner Straße 93 – 97, 47799, Krefeld
How: Eventbrite
Cost: €5 to €15 (Also VIP rates)
More info: Highway tickets include round trips to and from the venue, a free drink for passengers. Party also includes DJ FlakeZ, beer pong tables and the Shot Wheel of Fortune.

When: 7pm
Where: Palladium, Schanzenstrasse 40, 51063, Cologne
How: Sign up here
Cost: Free
More info: For fans and developers alike, the event will feature special guests including the Wargaming devs, contributors, community team and more. Live music, drinks and partying throughout.

When: 9pm to 11pm
Where: Gloria Theater, Apostelnstrasse 11, Köln, 50667
How: Click here
Cost: €30
More info: Cloud Imperium showcases some of what it's been working on this year.

Not all the networking takings place at Gamescom itself or at the plethora of parties, there are also a few hotspots where games industry professionals like to hang out at the end of the day. Below we list some of the best.

Got a party you'd like to add or networking hotspot you think should be included? Let us know in the comments or email craig.chapple@steelmedia.co.uk and we'll get them added!

In Pictures: The hottest party of the week at Gamescom's Pocket Gamer, G-STAR and G2A party

Pocket Gamer and G-STAR to team up for the best industry party at Gamescom, in association with G2A