Nazara Games on the future of the mobile market in India

Nikhil Birla talks about the 1.1 billion phones in the country and how they're used 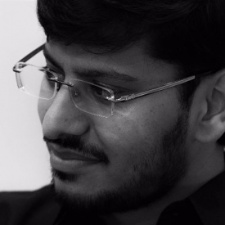 As part of Devcom 2017, Nikhil Birla, Manager -Strategy & Alliances, Publishing, India at Nazara Games, gave a talk on the future of the India mobile gaming market.

There are currently 1.1 billion mobile phones in India, though 675 million of these users don't use the Internet at all. Only 150 million mobile phone users are considered casual players, while 25 million are hardcore or mid-core players.

In terms of what games people are playing, the Racing genre is the most downloaded on Google Play in India, while Social Card games built for the Indian audience are topping revenue charts.

That said, revenues in India are still relatively low. This is due to poor internet and low credit card penetration, although the latter is starting to see some growth.

Digital payments are on the rise, though. "Wallet payments" in India are set to reach 300 million users in 2020, for example.

As well as this, cheaper Android smartphones are becoming more popular in the market with Chinese manufacturers such as Xiaomi investing heavily in India, and data costs are beginning to drop.