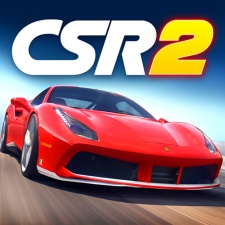 Zynga has partnered with Ferrari for a special in-game event in CSR Racing 2 to celebrate the car manufacturer’s 70th anniversary.

The event kicks off today and will run until February 2018. Zynga will gradually introduce different Ferrari models, including the Ferrari California T and the 488 GTB.

We are the competition

Players who purchase one of those cars in-game between September 14th and 29th will be entered into the Ferrari Experience sweepstakes.

The competition offers the chance to win a round trip to Italy, visit the Ferrari factory in Maranello, take a ride in the F1 simulator in Milan and attend the Finale Mondiali to see Ferraris on the Mugello track.

The publisher will also run a set of challenges with exclusive Ferraris for players to earn coins, keys and tokens that can be used in the game.

It’s not the first partnership Zynga has signed for CSR Racing 2. Back in January 2017 the publisher announced it had nabbed the Porsche licence following the conclusion of an exclusivity deal between Porsche and EA.