Farmville creator partners with Disney for a mobile title, with potential for a second in future. 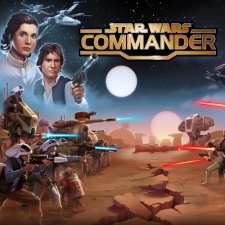 Shares in Zynga rose as much as 11 per cent after news broke that the studio had secured a deal with Disney to develop Star Wars games.

Peaking at $4.14, the stock eventually settled at an 8 per cent increase to $4.03. The studio will develop a mobile Star Wars title for Disney, with the option to create a second if it desires.

As part of the multi-year partnership, Zynga’s NaturalMotion studio will take over live service operation for the 2014 title Star Wars: Commander.

"Star Wars is one of the most iconic franchises in the world and has engaged generations of fans for decades,” said Zynga CEO Frank Gibeau in a statement.

“As game makers and moviegoers, we're huge fans of Star Wars and are excited to create new experiences for players that bring this beloved brand to life.”

“We look forward to extending the reach of the Star Wars universe and developing a new mobile game that entertains players for years to come and has the potential to be a future forever franchise for Zynga.”

This month, Gibeau expressed his desire to move on from fixing Zynga’s problems to growing the firm further. A multi-year deal with Disney over one of the hottest properties in media is a strong start.

A strong change of fortune for Zynga has placed the company back in the ranks of our Top 50 Mobile Developers list for 2018.