The official game for the new Paddington movie 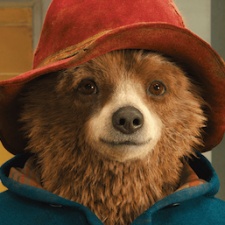 Gameloft is developing the official mobile game for the second Paddington Bear movie.

The endless runner, called Paddington Run, will be released on iOS and Android devices and will launch this autumn a few weeks before the film’s release.

In a press release, Gameloft owner Vivendi, which acquired the publisher in 2016, was keen to tout the collaboration between three of its companies in bringing the game to life.

As well as Gameloft, this included The Copyrights Group, an entity within Vivendi Village, which manages all of the licensing activities for the Paddington brand.

Film production and distribution company StudioCanal meanwhile, which previously produced the 2014 Paddington movie, was also part of the collaboration.

"The creation of Paddington Run by Gameloft is yet another testament to the success of its integration within Vivendi,” said Stéphane Roussel, Chairman and Chief Executive Officer of Gameloft.

“The projects developed around the Paddington license reflect the consistency and teamwork between StudioCanal, Gameloft and The Copyrights Group, as well as demonstrating Vivendi's desire to continue to increase the number of collaborations between its companies.”

Vivendi has regularly been linked with a takeover of games publisher Ubisoft, which had close ties to Gameloft, and currently owns over 25% of shares in the company.

A report back in April claimed Vivendi would look to push through an acquisition by the end of the year. Vivendi likely sees further crossover potential with Ubisoft's operations and IP, on top of the successful business that Ubisoft runs.