Acquires a team of HTC staff, but takes no stake in the business 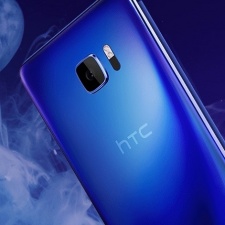 Google has signed a $1.1 billion deal with smartphone manufacturer HTC to continue co-operation between the two companies.

The all-cash deal will see Google acquire a team of HTC staff, many of whom are already working on the Pixel smartphone. Google will not take a stake in HTC as part of the deal, which is expected to close in early 2018.

The company will also gain a non-exclusive license for HTC intellectual property. HTC will turn its focus towards its Vive VR headsets, while also investing in other technologies, including AR.

"As a pioneer of the smartphone market, we are very proud of our history of innovation. Our unmatched smartphone value chain, including our IP portfolio, and world-class talent and system integration capabilities, have supported Google in bolstering the Android market," said Cher Wang, Chairwoman and CEO of HTC.

"This agreement is a brilliant next step in our longstanding partnership, enabling Google to supercharge their hardware business while ensuring continued innovation within our HTC smartphone and VIVE virtual reality businesses. We believe HTC is well positioned to maintain our rich legacy of innovation and realize the potential of a new generation of connected products and services."

Rumours that HTC was looking to sell its smartphone business to focus on its Vive VR business surfaced earlier in September 2017. Our sister site The Virtual Report predicted this might happen back in August 2017.