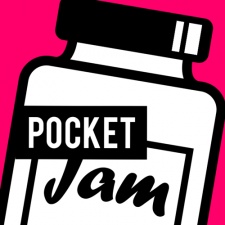 The winners of the second Pocket Jam at Pocket Gamer Connects Helsinki have been revealed.

Run in collaboration with Finnish Game Jam, 40 developers had 30 hours to make a game based around the theme of ‘more love, less hate'.

The winner was mobile virtual reality game Faith in Humanity in which the fate of humankind rests in your hands.

Players must feed a giant robot built for warfare a selection of items. Offer the wrong items and it will destroy the world, give it the correct ones however to convince it there is hope for humanity yet, and it’ll stave off the apocalypse for another day.

In second place was Bardhalla, in which players had to tap to the beat and select the right instruments to stop vikings from fighting.

In third place was Plan Love from Outer Space, pitched as a reverse-Space Invaders in which players take control of an alien spaceship to spread love across four cities before those silly humans destroy each other.

The winners get to showcase their games at Pocket Gamer Connects London 2018, while Faith in Humanity team will also get to attend the Nordic Game Jam 2018.

"They are really impressive," said Finnish Game Jam President Annakaisa Kultima of all the games at the Pocket Jam.

"Every single year that I run game jams, the quality gets better. The jammers become more experienced, they know how to plan their schedule and the concepts are much more fitting to the short time."

On hosting the Pocket Jam during Pocket Gamer Connects Helsinki 2017, she added: "It’s always fun to have a jam, but it’s best to have a jam with another event. It’s cool to be inside a conference and have jammers here with their aprons, running around doing their games.

"And also other people can see our jam and the jammers can see the presentations if they want to."

You can play all 11 games from the Pocket Jam 2 on itch.io.

A big thanks to Finnish Game Jam for another great Pocket Jam at Pocket Gamer Connects Helsinki 2017.