AzPlay Festival 2017 kicks off on November 29th in Bilbao

25 games nominated for a variety of prizes 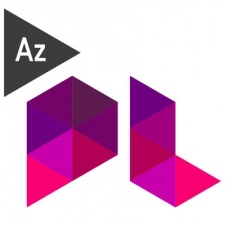 Bilbao's AzPlay Festival 2017will be kicking off on November 29th until December 3rd and will feature talks, exhibitions, and this year's AzPlay Awards.

The jury has whittled down the list of 25 finalists down from 432 entries from developers in 63 different countries. The games will be competing for €5,000 prizes in five different categories.

Mobile games such as Old Man's Journey by Broken Rules and Resynth by Polyphonic LP are up for awards. Old Man's Journey is nominated in every category apart from the Basque videogame award, which is specifically for games developed in the Basque Country region of Spain.

AzPlay Festival 2017 will also feature talks from the judges, including Miguel Alva and Teddy Florea. There will also be a roundtable discussion on designing the games of the future.

Aside from the awards, there will also be an exhibition for each of the finalists. The festival will also be taking part in the Nordic Game Discovery Contest, with five games from Spain nominated for the award.

AzPlay Festival 2017 will take place on November 29th until December 3rd at Azkuna Zentroa in Bilbao, Spain. More information on the festival can be found on its website.

hóPLAY and the rebirth of videogame development in the Basque Country