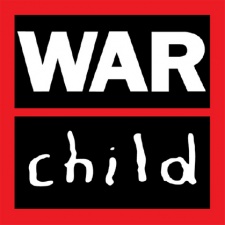 War Child is a charity which raises money to help children in war-torn countries. The Armistice event sees developers adding non-violent and peace-themed IAPs to their games to raise money for the charity, while some will simply donate a share of their revenues for the period.

Creative Assembly, for example, will donate 30 days of net revenue from Google Play of its mobile game Total War Battles: Kingdom, as well as selling new healing items. NaturalMotion meanwhile will be having a non-violent in-game event in Dawn of Titans.

A force for good

"The mobile gaming industry is worth over $40 billion while the movie industry is estimated at around $35 billion. It's incredibly exciting to think what an industry of this size and scale can achieve as a force for good to support some of the world’s most vulnerable children," said Adam Holmes, Gaming Partnerships Executive at War Child UK.

"We can’t wait to try all the amazing activations and I’d like to take this opportunity to thank all our gaming partners and their communities for coming together to support War Child’s Armistice."

The last War Child Armistice fundraiser generated $122,000 for the charity from just four games. This is the first time that mobile-only games have taken part in the fundraising event.