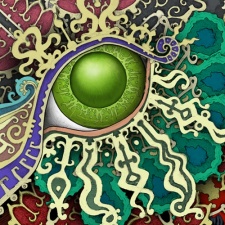 Games developer Jason Roberts was on hand at the Moscone Center in San Francisco, to accept the awards for Best Mobile Game and the Innovation Award for interactive puzzle game Gorogoa at the 18th GDC Awards.

Nintendo’s RPG adventure the Legend of Zelda: Breath of the Wild also cleaned up the GDC awards and took home prizes for Game of the Year, Best Audio and Best Design.

A mobile version of Nintendo’s hit was rumoured to be in the works last year with other popular franchises such as Fire Emblem and Super Mario also making the jump last year.

Vlambeer co-founder and indie developer Rami Ismail took home the Game Developers Choice Ambassador Award. The Ambassador Award was created to recognise those whose actions have helped video games ‘advance to a better place,’ which led Ismail to victory due to his work helping incubators, local events, universities, community efforts, and games industry policy around the world.

“I am thankful to those of you who participate in this medium despite feeling or being treated as different or out of place,” said Ismail. “Being an ambassador can only be a point of pride if you believe that that which you represent is valuable. Throughout my life I have seen games give people joy, wonder, curiosity, expression, education, friendship, and love through both play and creation.”

You can see the full list of winners here.