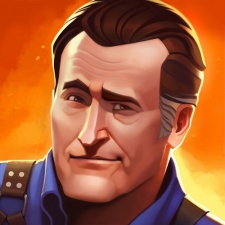 The mobile game features a host of characters from Lionsgate IPs Ash vs Evil and the Divergent series, with more set to come in future.

“Deploy and Destroy brings together some of our most beloved franchises for a fast‐paced and competitive action spectacle,” said Lionsgate president of interactive ventures, games and digital strategy Peter Levin.

“We’re thrilled to partner with Apps Ministry to give fans and FPS players around the world a unique experience they’ve yet to see on mobile.”

Apps Ministry founder Vadim Shilov added: “Lionsgate has given us the opportunity to create the kind of rich multiplayer action experience we’ve always wanted to play on mobile.

“Deploy and Destroy is designed from the ground up to look and handle great on handheld devices with full 3D environments and pick‐up‐and‐play touchscreen controls. Teaming up with a forward‐looking company with such a strong record of partnerships in video games has been a fantastic experience.”