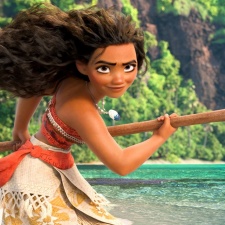 Disney has released two production asset packages from the film Moana for public use.

All assets are licensed under the Creative Commons Attribution-ShareAlike 3.0 License, meaning devs can share, copy, and adapt contents even in commercial products.

The first package is a data set containing realistic, volumetric clouds. The pack is intended for volume research, or use in film or game production.

The second package contains the entirety of Moana's island scene. The scene was chosen to provide an example of some of the challenges encountered in a typical production environment.

The scene includes animations for artist study, and Disney hopes that the island scene might be a useful data set for developing and benchmarking lighting and rendering systems.

All assets can be downloaded here.