Ingress: The Animation set to release alongside a sequel to Niantic’s debut title 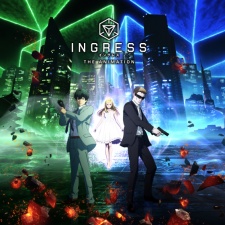 Netflix and Niantic are partnering to bring an Ingress animated series to the streaming service later this year.

Variety reports that Ingress: The Animation will spring from events built up over the years of the Ingress mobile game, Niantic’s 2012 title.

The overall idea is that the story will run parallel to the current Ingress continuity, while leading into the events of upcoming sequel Ingress: Prime.

“There will be familiar characters and situations that have become famous in the game, but they will be experienced through a fresh interpretation with new characters, new actors,” said Niantic’s John Hanke.

“Think of it like a reboot of a superhero franchise.”

The series will be produced by animation studio Crafter, headed up by artist Yuhei Sakuragi. Neon Genesis Evangelion art director Takeshi Honda is on board for character design, while Fuji TV will assist in worldwide distribution.

Ingress Prime is set to be a rework of the original, building off lessons learned from Pokemon Go. Ingress: The Animation will set the stage for the launch of Prime’s narrative,

“We learned a lot from Ingress and now we’re continuing to learn from Pokemon Go,” said Hanke.

"Those learned lessons include things like how people use augmented reality, accessibility, working on a game with a much broader awareness, having shareable components and, perhaps most important, making sure it’s easy to get into and understand the game.”

Both Ingress: The Animation and Ingress: Prime are due to arrive in October 2018.