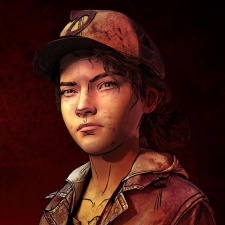 A tweet from the company stated the publisher had reached a deal with the developer to continue work on the title. It added more details would be revealed soon.

A spokesperson told Variety that Skybound will work with original team members from Telltale to finish The Walking Dead: The Final Season. It noted nothing has been finalised, however.

Telltale staff previously working on the game had been laid off without severance.

We’re SO happy to announce that we’ve reached a deal with @telltalegames that will allow Skybound to continue #TheWalkingDead: The Final Season! Let’s wrap up Clem’s story right! More details to come soon. pic.twitter.com/ShyREw65iq

Titles it has published include the retail releases of Hinterland’s exploration-survival game The Long Dark and Monomi Park’s space-themed title Slime Rancher.

The division has not however previously handled internal games development, at least not publicly. Though in September Skybound did partner with Sky to form a mobile narrative gaming venture called Skybound Stories, with the aim to use Sky’s IP and new, original content as the basis for new mobile experiences.

Skybound has previously worked licensed its IP out to a number of developers around the world, including Starbreeze, Next Games and Scopely.