To date, FoxNext’s superhero RPG has been downloaded over 13.7 million times 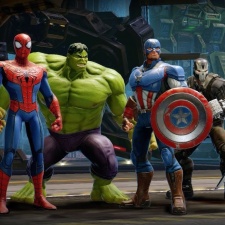 Sensor Tower reports that while it took four months for the free-to-play title to hit $25 million, the next $25 million was earned rapidly within 95 days.

September was the biggest earner for Marvel Strike Force, increasing 8 per cent month-over-month from August. The title brought FoxNext roughly $8.9 million during the month.

Installs went up dramatically that month too, with September’s 1.2 million downloads marking an increase of 53 per cent over the month prior.

The United States represents the largest portion of Marvel Strike Force revenue at 62 per cent of the total, or $34 million. The UK follows at 5.3 per cent of player spending.

Marvel Strike Force has now been downloaded over 13.7 million times, with the US accounting for 30 per cent of those installs. Despite not contributing as much spend, Indian and Brazillian users have downloaded the game more than British users.

Following Disney’s whopping $71.3 billion takeover of 21st Century Fox, FoxNext is now under the ownership of the big mouse.

Reply
Nick Moore
Shame they are robbing their customer to do it.
Posted 2 years, 10 months ago