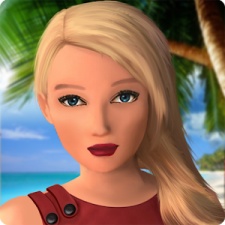 TIGA has revealed the winners of its annual Games Industry Awards for 2018.

Game of the year went to Lockwood Publishing’s virtual world Avakin Life. The award was chosen by over 40,000 public votes of games released over the last year.

Mark Gerhard, CEO of Warhammer Age of Sigmar: Champions developer PlayFusion, took home the Outstanding Individual Award. This recognition is given to a TIGA member for making important contributions to the work of TIGA and the games industry.

Best of the rest

Dundee mobile studio Outplay Entertainment walked away with the best puzzle game for its title, Booty Quest. The Scottish company beat out titles like Monument Valley 2 to take the award.

Runescape, meanwhile, took the Role Playing Game award. While primarily a browser-based experience, both versions of the venerable MMORPG are now available on mobile devices.

The winners of the TIGA Games Industry Awards 2018 are:

We'll be hosting our own awards event, the Pocket Gamer Mobile Games Awards, on January 22nd, just after the final day of Pocket Gamer Connects London 2019.

Laura's love of mobile gaming began many moons ago when she wasn't allowed to have a Game Boy. Now a fan of all things gadgety and shiny, Laura aims to make up for those lost years by playing handheld games 24/7. Seriously. A sucker for a challenge and some leaderboards, it's a wonder her iPad is still intact after all those Super Hexagon fails.