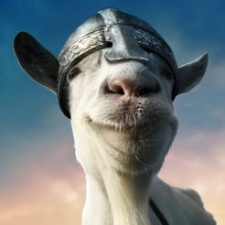 THQ Nordic has expanded its developer family with the acquisitions of Bugbear Entertainment and Coffee Stain.

The Swedish publisher revealed the acquisitions alongside the release of its Q3 earnings report. Both are a part of the company’s wider strategy of growth through acquiring studios and franchises.

The company has purchased 100 per cent ownership of Coffee Stain for, which has the publishing rights for Deep Rock Galactic alongside IP ownership of Goat Simulator and Sanctum. THQ Nordic's buyout is worth $34.77 million (SEK 317m), with more on the table should Coffee Stain meet agreed upon milestones.

THQ Nordic meanwhile acquired a 90 per cent stake in Wreckfest developer Bugbear Entertainment, with the option of purchasing the remaining 10 per cent later down the line.

These acquisitions follow THQ Nordic’s spree of recent purchases, including franchises like Alone in the Dark and Kingdoms of Amalur.