Mobile RTS Age of Empires: Castle Siege will go offline in May 2019

Developer Smoking Gun will use the Castle Siege technology to develop a new, unannounced RTS 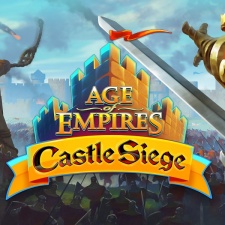 Microsoft Studios is shutting down PC and mobile castle builder Age of Empires: Castle Siege on May 13th 2019.

The base builder title was first released in 2014 and featured real-time strategy elements. The impending shutdown was announced through the game’s website, with players advised to look towards the company's upcoming range of remastered Age of Empires titles.

Developer Smoking Gun Interactive will continue to support Castle Siege through its shutdown period until matchmaking turns off on May 13th.

At that point, the game will be functionally impossible to play. Smoking Gun is also working on a new, unannounced RTS built on the same engine.

“For Smoking Gun Interactive, it has been an honour to work on Age of Empires: Castle Siege and we are truly sad to see that this is coming to an end,” said Smoking Gun CEO John Johnson.

“The team really enjoyed working on this title and had many exciting ideas on where to take it, but unfortunately that was just not possible.

“We hold dear the wonderful years we’ve shared with our players and that experience will remain with us forever. You all made this game very successful and we thank you for that and are grateful for the opportunity from Microsoft to have worked on such a beloved franchise.”

This story first appeared over on PCGamesInsider.biz.

Dark Ages: The monetisation of Age of Empires: Castle Siege