TwitchCon heading to Berlin in 2019

The new TwitchCon instalment will take place in Berlin 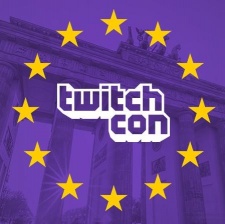 Games broadcasting platform Twitch's annual convention TwitchCon will be heading across to Europe in 2019.

The event will take place at Berlin's CityCube on April 13th and 14th in addition to the company's main US-based weekender.

The first TwitchCon event took place in 2015 and the convention continues to be a fan favourite. However, its Los Angeles location makes it difficult for some European streamers and community members to attend.

TwitchCon serves as a celebration of the vibrant streaming community that Twitch has amassed since its launch in 2011. The platform now has more than 15 million daily active users.

Twitch to be more transparent with its safety efforts