Servers shut down on February 4th, but will be unavailable for download from January 1st 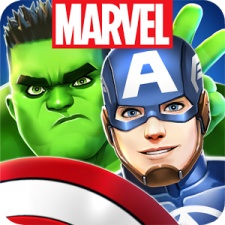 The game will be unavailable for download at the turn of the year and existing users will not be able to make any new in-app purchases.

Players have been given 2,500 shards and other materials in the game to help them complete missions before the closure.

TinyCo said it had decided to shut down the title to “better focus on new and innovative games”. The move is the latest shakeup of publisher Jam City’s operations.

Back in November it was revealed that the Harry Potter: Hogwarts Mystery outfit had signed a multi-year partnership with Disney to make games based on the entertainment firm’s IP.

As part of that deal, Jam City took on Disney’s Glendale Games Studio and the rights to the Disney Emoji Blitz game.

Later that month the publisher also acquired the Bingo Pop IP from Uken Games and opened a new Toronto studio.

Despite the M&A activity and apparent expansion, an anonymous source claimed that a “significant number” of employees had recently lost their jobs at Jam City.

In a statement, the publisher confirmed it had rolled out “organisational changes” and was “re-allocating resources to support the goals of our global business”.