Gateway to new genres and working with IP 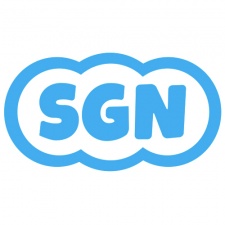 TinyCo's 125 employees will now be joining SGN's existing 275 staff as part of the SGN family, along with TinyCo CEO and co-founder Suli Ali.

"The deal closed today, and we’re pumped about it," wrote CEO Chris DeWolfe in a company blog post.

He also writes of TinyCo's previous work with established IP, hinting that there are more in the pipeline: "More importantly, with other equally iconic titles in hand now, they’re going to do it again soon."

Indeed, TinyCo's experience of licensing existing brands is one of the three most significant motivations behind the acquisition candidly outlined by DeWolfe.

The others are that TinyCo is profitable, with anticipated earnings of more than $100 million for 2016, and that the deal acts as a gateway for the traditionally casual and social game-focused SGN to enter the simulation/builder genre.

But more broadly, the deal appeals to DeWolfe for a broader alignment between movies and gaming - something he notes as an increasing trend, with The Angry Birds Movie and Warcraft both impressing at the box office. It's an area in which TinyCo already has a crucial foothold.

"For lack of a better word, I call this intersection or collision between these two decreasingly distinct industries Gamertainment. It’s a trend we like a lot.