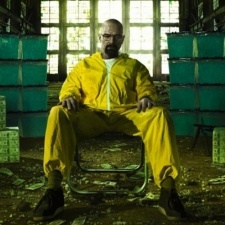 A new mobile game based on the Breaking Bad IP is in the works from San Diego-based games developer FTX Games.

It is called Breaking Bad: Criminal Elements and is pencilled in for a release this year on Android and iOS.

Little is currently known about the title, apart from that it will task players with building up a criminal operation to, assumingly, sling meth.

The one who knocks

Developer and publisher FTX Games has a track record with TV IPs and was behind Narcos: Cartel Wars, which was based on a popular Netflix series of the same name.

Speaking to the Hollywood Reporter, showrunner Vince Gilligan assured fans that the IP was in good hands, but didn’t reveal many details about the game.

"[FTX Games] care as much about the details as our creative team, and I have been very impressed with their commitment to building an authentic extension of the series' story universe,” said Gilligan.

I think this will be a fun experience for fans, to interact with characters from Breaking Bad in a completely new way."

FTX Games' effort won't be the first time a developer has sought to bring Breaking Bad to mobile phones.

Phase One Games and Scopley were working on a title called Breaking Bad: Empire Business and soft-launched the title in 2015. However, it was canned in 2017.

Breaking Bad finished airing on TV in 2013, but the world the show inhabited lives on in prequel Better Call Saul.