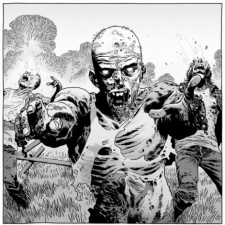 Publisher FTX Games has arranged a deal with AMC to publish a number of upcoming mobile titles based on The Walking Dead IP.

Known for titles like Hunger Games Adventures, the publisher has revealed at least two new titles based on the zombie-infested AMC series.

Developer Fox Club will create a social casino title based on The Walking Dead, with slot machines featuring storylines, scenes and environments from the TV series.

Kung Fu Factory meanwhile will make a licensed match-three title, mixing in survival elements and cooperative play. That title will also feature "a robust multiplayer component”, with alliances and challenges.

Fox Club’s game is scheduled to drop by the end of this year, while KFF’s match-three title will arrive in the first half of 2019.

"In continuously developing some of the most engaging storylines and beloved characters on TV, we’re honoured to be working with AMC Networks on their flagship franchise,” said FTX Games head of business Aaron Berndtson.

"We’re eager to deliver a new take to the market: specifically focusing on the casual segments of this massive audience via two game genres not yet seen before by the fans.”

The Walking Dead is certainly a hot topic these days - but not for good reason. As the fallout from Telltale Games’ mass redundancies continues, series co-creator Robert Kirkman assures fans that lead character Clementine’s story from The Walking Dead: The Final Season will be concluded.