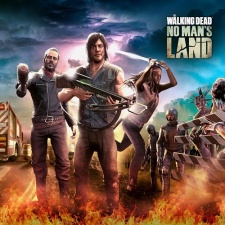 Next Games’ The Walking Dead: No Man’s Land celebrates its six-year anniversary with new in-game events and exclusive rewards.

The Walking Dead: No Man’s Land was developed through a collaboration between Next Games and AMC Networks, and is based on the long-running series The Walking Dead.

Originally launched in 2015, No Man’s Land has accumulated 23 million downloads and generated approximately $151 million in revenue in its lifetime.

Since launch, the game has tripled its average revenue per daily active user and is played up to 70 minutes per player per day.

To celebrate the anniversary, the game will host several in-game events throughout the month, including a three-week campaign featuring exclusive rewards.

No Man’s Land celebrates its sixth anniversary ahead of the season 11A finale of the series on October 10th.

"The Walking Dead: No Man’s Land has been a fan-favourite for years, for a good reason - we respect our player community and the original series and its fans," said Next Games CEO Teemu Huuhtanen.

"I’m also very proud of the small team delivering such excellent results and exciting content year after year. For the rest of Season 11, we once again have surprises in store with many moments captured from the series."

AMC Networks vice president of games Clayton Neuman added: "AMC is so proud to have partnered with Next Games these past six years to deliver our fans a consistently excellent interactive experience."

"Just like the television series, The Walking Dead: No Man’s Land continues to surprise and delight year after year. We couldn’t be more excited for players to take part in our anniversary celebrations, and to discover what’s coming up next in the game."

The in-game events begin from October 8th and continue through October.

Last week, Next Games revealed that it launching its second Game Developer Academy on October 4th 2021 and will be a six-month program for both students and more experienced programmers looking to get into the games industry.

Next Games doubles revenue in Q1 2017 after successful IPO