Brought the zombie survival mobile title to over 100 million 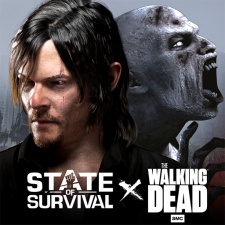 FunPlus has revealed that its partnership with AMC Networks brought over 20 million new players to State of Survival.

The partnership, first revealed in March, began a six-month-long crossover between State of Survival and The Walking Dead.

Throughout the six months, State of Survival included themed in-game activities and additional promotional material. The Walking Dead lead character, Daryl Dixon, was featured as the hero of the game.

Chandler Riggs, who played Carl Grimes in the show, hosted a live stream of the integration and later shared experiences of his time on the show in the State of Survival discord.

“We were confident that The Walking Dead would be a perfect match for State of Survival, and the success of the past six months has proven that there was a huge appetite for this type of convergence among both fans of the game and the show,” said FunPlus chief business officer Chris Petrovic.

"We’re constantly on the lookout for ways to bring more enjoyment and surprises to the game, and cannot wait to share more about our plans for the future very soon."

FunPlus recently appointed Ben Cousins as its Head of European Studios, bringing with him two decades of free-to-play and games-as-a-service experience.