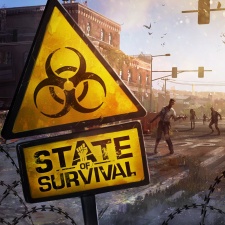 Mobile games developer and publisher FunPlus has teamed with AMC to introduce The Walking Dead to State of Survival.

Beginning on April 1st and continuing through to October 2021, players of the post-apocalyptic title will be able to defeat the undead as a fan-favourite Walking Dead zombie slayer.

“State of Survival and AMC’s The Walking Dead present different takes on the zombie apocalypse, but they also share a lot of common themes so bringing them together was very natural,” said AMC VP of games Clayton Neuman.

“What we’ve created allows the best elements of both universes to shine, and we’re excited for the millions of fans and players around the world to experience it.”

Moreover, between January 2020 and September 2020, post-apocalyptic mobile titles generated $384 million in revenue. State of Survival was cited as a driving force for the category.

"We're thrilled to partner with AMC and The Walking Dead to bring our two worlds together," said FunPlus chief business officer Chris Petrovic.

"Since launching State of Survival in August 2019, it has been our dream to allow players the opportunity to experience The Walking Dead in our game, and we're excited to be able to deliver that to them."