Tool was previously used on Legendary: Game of Heroes for iOS and Andorid 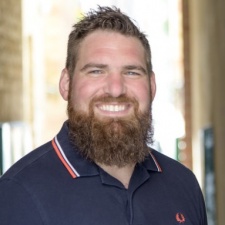 US games developer N3twork is expanding out from its development business by launching its new Scale Platform to support mobile companies with user acquisition.

The platform features a suite of tools that will build ad creatives, construct ad campaigns, optimise them automatically and then supports user acquisition through user segmentation and behavioural insights.

N3twork has revealed that one client has already signed up to platform. N3twork publishing and advertising lead Eric Seufert said in a blog post that when vetting potential partner apps the company itself will fund a "substantial" UA test using its tools to test whether an app can scale. Developers will not be required to reimburse this cost.

In future the company aims to make the tech fully available to app developers as a Saas product, describing it as "in the model of an AWS (Amazon Web Services) for mobile user acquisition".

“We want to partner with developers that need help scaling because either they lack the funds to fully capture their app’s potential or the cost they are paying to acquire quality users is too high to support a substantial marketing budget.”

"Our tech can help with the latter, and our capital can help with the former: we have built a technology platform that can close the LTV/CAC gap, and we are so convinced of its power and effectiveness that we are willing to put our money behind it on other developers’ apps.”

You can find more information about N3twork's Scale Platform here.