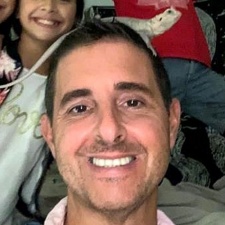 Take-Two founder and eight-year CEO Ryan Brant has passed away at 49.

Brant’s passing was announced by Quattlebaum Funeral, Cremation, and Event Center in Florida on March 23rd. He is survived by both his parents, his wife Diana Tulinh Brant and four children.

Brant founded Take-Two in 1993 with $1.5 million family funding and private investment, following a stint with his father working at the magazine Interview. He acted as CEO of Take-Two until 1997, notably driving the company’s IPO that year, but resigned in the wake of an investigation by the United States Securities and Exchanges Commission. He was succeeded by Strauss Zelnick, who heads up the publishing giant to this day.

This story first broke over on PCGamesInsider.biz