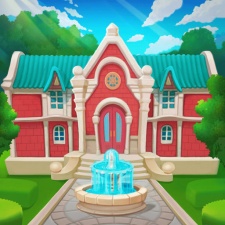 Around 52.5 per cent of player spending for the title came from the US. Following this was Japan in second with 15.2 per cent while the UK placed third at 5.3 per cent.

February 2019 was Matchington’s best month to date in terms of revenue, outpacing Homescapes for the first time since releasing.

The top two regions for revenue are identical for both games with the US and Japan placing first and second respectively.

Matchington Mansion has been download 50 million times worldwide with February again being the only month that the title saw bigger installs than competitor Homescapes.