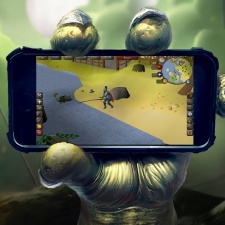 Speaking at Develop: Brighton 2019, Knowles discussed the process of bringing the title, first released in 2001, to smart devices in 2018.

RuneScape was originally launched on January 4th 2001 as a free-to-play game. The game was heavily rewritten into 3D a couple years later and was launched as RuneScape 2 in 2003.

On August 10th 2007, a backup of the RuneScape codebase was made. Knowles noted that the assets and scripts for the title were not in a full version control system at the time, so had this backup not occurred, Old School RuneScape as it exists today would not be possible.

A special retro ‘Old School’ version of the game was launched in February 22nd 2013. Knowles said the title has been a huge success and is considered by the studio as a “first-class citizen” alongside the more modern RuneScape game (also known as RuneScape 3).

A working prototype for Old School RuneScape was running on Android as early as summer 2016. At this point it was decided that Jagex would bring a full port with full functionality to mobile devices, with full production ramping up on Old School in 2017.

But bringing the game to mobile was no easy task, however. Old School RuneScape is written in Java, and the team decided to get that running on Android and iOS rather than developing a completely native port.

Knowles pointed out a number of challenges, given RuneScape is not a natural fit for mobile, such as strange threading issues, graphics and audio bugs, and custom obfuscation issues. These various challenges resulted in Jagex forking the client.

With the need to get approval through Apple for each update, lead times also needed to be altered. Knowles said updates can’t now just be released at the company’s leisure and that extra time also needs to be built in for app store review failures, even for spurious reasons.

“Everybody from the engine to marketing [teams] need to understand that things are going to take longer to do now because there’s an extra step in your pipeline,” said Knowles.

Knowles said that to ensure a smooth a port as possible when moving from desktop to mobile, there needs to be company-wide buy-in “or it’s just not going to work”.

Knowles stated however that not every department was on onboard with being a company that does mobile games. Things also had to be done differently for mobile, such as the need for a greater QA capacity.

He added that had more of the company been all in and more open to changes, Old School RuneScape would probably have launched sooner on mobile.

The title was eventually released on October 30th 2018 and has since won awards such as the EE Mobile Game of the Year at the British Academy Games Awards 2019.

In its first week it racked up two million installs, and by the end of the year it had generated five million. Players are able to play across mobile and desktop, with the title reaching a peak of 150,000 concurrent players following the mobile launch.

As Knowles pointed out, the game would have been number four on Steam if it was available on Valve's marketplace.