"It's certainly the most creative work I've done in the last 10 years," says CEO 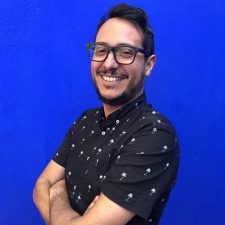 The studio hopes to use the funds to develop new titles, expand its team and continue support for its debut game The Vortex, which first launched in October 2018.

Speaking to PocketGamer.biz, studio CEO Jeferson Valadares said the team’s goal is to experiment with different ideas to figure out what players will enjoy in this nascent market and how to build a business out of it.

“The fact that voice at its core is too good of an interface to fail,” said Valadares.

“As the tech catches up and behaviours change, we will get more and more used to talking to our devices. It will not be the only way we interact with things, but looking at how humans have communicated for thousands of years, it will certainly be one of the strongest. And wherever there are interactions, there are games.”

So far, Valadares said the team has learned that voice-controlled games need to be very flexible in their design, both from the point of view of handling the myriad of ways in which people say things, and also how you respond.

“You have to give people the information they need at that moment and not a bit less,” he said. “It requires constant juggling and improvement. It's certainly the most creative work I've done in the last 10 years.”

“Also if you look at the growth of voice-capable devices in the last few years, that has been staggering as well," said Valadares.

"But where and how exactly the market will establish itself - that is the million-euro question.

“That's why we wanted to get this investment and be in the market now - we want not only to figure this out but perhaps to influence it too. Great content is always important for the development of a market.”

Valadares will be a speaker at Pocket Gamer Connects Helsinki, which takes place on October 1st to 2nd.