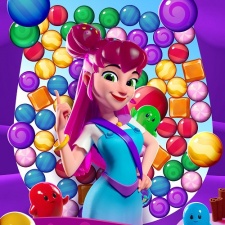 “The mission with Sugar Blast was to create a compelling visual theme that introduces our proven gameplay to an even wider audience,” said Rovio head of games Alex Pelletier-Normand.

“As a result, the team has done a fantastic job creating a cute and vibrant world that fits perfectly with the game’s satisfying and stress-free feel. I’m pleased to say we now have two games in our portfolio which, while leveraging the same novel core gameplay, co-exist happily through their appeal to different audiences.”

The Finish developer is best known for its Angry Birds franchise, which started in 2009 and has since seen many sequels, spin-offs and two movies.

The Angry Birds Movie 2 is currently the highest-rated video game movie ever. The franchise helped propel Rovio into being a $1 billion company.