"We are continuing our work in cloud gaming, now with a new mission" 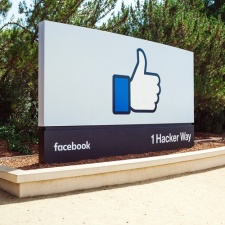 As reported by CNBC, the Madrid-based startup has been confirmed as the social giant's latest purchase, with the company looking to move into the games sphere more and more.

The deal had been rumoured since last week after Spanish newspaper Cinco Dias claimed its existence.

Founded in 2013, PlayGiga has operated a cloud games service option throughout several European countries, including Spain and Italy. Furthermore, the firm has experimented with 5G and virtual reality.

"We are excited to announce that the PlayGiga team is moving on to something new," said a statement on PlayGiga's official site.

"We are continuing our work in cloud gaming, now with a new mission. We want to thank all of our partners and customers for their support over the years."

At Devcom 2019, PlayGiga director of product and content acquisition Juan Carrillo spoke about how cloud gaming will take over the industry by beginning with families.