No figure placed on the deal just yet 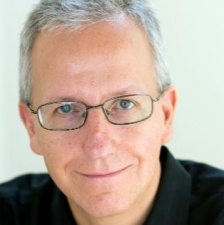 Facebook has acquired developer Ready At Dawn for its Oculus Studios vertical.

The news was announced in a post by the social media giant's VP of AR and VR content Mike Verdu (pictured), who wrote that Ready At Dawn will be creating "memorable, immersive, and innovative VR content for gamers around the world as an independently-operated studio."

Ready At Dawn will independent, in that the company will continue to work at its Irvine, California and Portland, Oregan offices rather than moving in with the Oculus Studios teams at Facebook. No figure was put on the deal.

Ready At Dawn is the company behind PS4 title The Order: 1886, but in more recent years the firm has turned its attention to VR. Since 2017, the company has released three virtual reality titles in Lone Echo, Echo Arena and Echo Combat, with Lone Echo II slated for a 2020 launch.

Welcome to the family

It's the third developer that Facebook has acquired in the last year, following in the footsteps of Beat Saber maker Beat Games, which was bought in November 2019, and Sanzaru Games, the developer behind Asgard's Wrath, in February 2020.

"Having shipped titles to multiple platforms in the past, Ready At Dawn is a veteran game developer with some serious chops—as well as a VR pioneer," Verdu wrote.

"They’ve created four titles for the Oculus Platform, including Lone Echo, Echo Arena, Echo Combat, and Lone Echo II, which is currently in development. In addition to setting the bar for narrative VR experiences, Lone Echo re-wrote the playbook for VR movement mechanics with the debut of Ready At Dawn’s signature innovative continuous locomotion system and full-body IK (inverse kinematics). The zero-g mechanic is used throughout the Echo Games franchise and lends itself well to VR beginners and competitive VR esports alike."