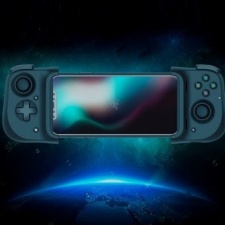 The Consumer Electronics Show in Las Vegas is currently in full swing, with both Razer and Alienware premiering new products inspired by the Nintendo Switch.

The device is expected to support most games that are compatible with mobile controllers, including both native titles and cloud services, across Android and iOS.

"GeForce NOW is PC gaming in the cloud, transforming underpowered or incompatible hardware into a powerful GeForce gaming PC. Razer mobile gaming controllers are perfect complementary devices to enhance this type of gameplay which we are pleased to feature here at the Razer CES booth."

The Razer Kishi mobile controllers will be made available in early 2020.

Next to this, Alienware has revealed a new handheld Windows 10 gaming PC that heavily resembles the Nintendo Switch. The UFO functions similarly to the Switch too, featuring a handheld mode for on the go gaming, as well as a docked mode to connect to a TV.

On top of this, the product includes detachable controllers, a built-in kickstand and a high definition screen. Alienware hopes to make PC more accessible, with players being able to access their full library wherever they go.

As the device is still a concept, no official release date or pricing structure has been given.

Razer recently applied for a digital bank license in Singapore as the firm looks to explore other industries.

Reply
Rob Belman Salesman
Thanks for this great article, it seems that some companies are trying to get into Nintendo's territory and make a switch clone. We will not know the quality until it actually gets released. In the meantime I spend my time playing some really fund games online. I just wanted to share a game with everyone, it is very fun and addictive and you will not be able to stop playing. Check it out and Enjoy!